LIVE ON USTREAM every Tuesday night!

During the show, call Mike & Glenn with your questions or comments. When the show is off-the-air, leave a message on the voicemail system, and we may play your call on an upcoming episode!

Chat LIVE during the show!

CRITIQUE OF THE WEEK!

Websites Mentioned On the Show! 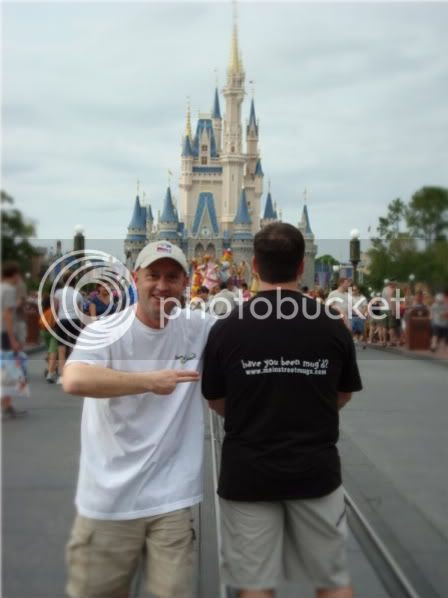 Welcome to Mainstreet Mugs LIVE! Mainstreet Mugs is a fictional coffee shop that resides on Mainstreet USA in the Magic Kingdom at Walt Disney World. It's a place where Disney fans can be among friends and discuss anything Disney-related.

Feel free to ask questions, leave comments and share any Disney experiences with Mike, Glen and the other listeners. Mainstreet Mugs LIVE! (the internet radio show,) airs every Tuesday night at 9pm Eastern / 8pm Central. During the show, Mike & Glenn invite you to call-in to the show with your questions and comments. You can also chat LIVE with us and the other listeners in the chat room.

Whenever the show is not on the air, we invite you to hang out here a while, read the blog entires, vote in the polls, listen to archived shows, and...well, pour yourself another cup and enjoy yourself! Mike & Glenn are glad to have you here at Mainstreet Mugs! 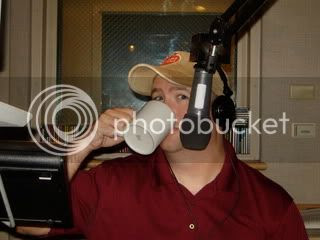 Mike is a 35 year-old husband, and father of 3 awesome kids. 2 of the kids are teenage boys, but the "baby" and "princess" of the brood is 9 years old.

Mike has been in the radio and television industry for over 17 years, and has been in front of, and behind the microphone and camera. Mike's interests (other than Disney,) include: professional sound and lighting equipment used in production, audio and video editing and production and learning all that he can about MAC computers.

Mike's first visit to WDW was in 1982 when he was 8 years old. Of course, at that time WDW was comprised of only 2 parks...Magic Kingdom and EPCOT. While Mike doesn't remember a whole lot about his first trip, it was "love at first sight" the moment he saw Cinderella Castle; an affinity that would last for many years to come.

Since that first visit in 1982, Mike has been to WDW several more times. 1996 saw his next trip; this time with his new bride. It was his wife's first time ever at WDW, and that made the trip even more magical for Mike. Apparently the Pixie Dust was in high gear that trip, because Charity (Mike's Wife,) came home with an extra special souvenir...their second child Jason!

Mike would return to "the World" in 2004, this time with his entire family. The week that he spent at WDW with his wife and kids will forever be one of his greatest memories in life. NOTHING is quite like sitting on the ground in front of Cinderella Castle, hugging your kids and watching Wishes!

Since 2004, Mike has visited WDW several more times both with and without his family, but his most recent trip was in 2009, after spending 3 days on the Disney Wonder cruise ship. Mike plans to once again return to WDW in June of 2010 with his family for a week-long trip.

Mike's favorite park at WDW is the Magic Kingdom, because no matter how many times he sees it, chill bumps always ensue when he sees Cinderella Castle. 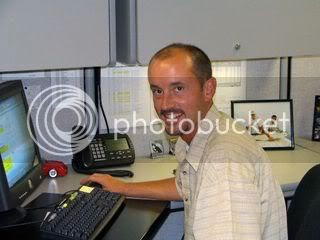 A telecommunications engineer by trade, Disney lover at heart.

Glenn is a Walt Disney World fanatic. He grew up in Florida. He first visited the Magic Kingdom in 1975. Since then, he has visited over 40 times. His fascination with the Magic Kingdom has never ceased. Among his favorite attractions are: Space Mountain, Big Thunder Mountain Railroad and the Haunted Mansion.

Glenn also enjoys EPCOT. Future World is his favorite section of the park. He loves the unknown and undiscovered.

To quote Walt Disney himself, "All who come to this happy place...Welcome!"

We've discussed several times on the show about how Disney seems to be implementing more and more interactivity into their attractions, parades, stage shows, etc. Mike & Glenn have even asked the question, of how long it would be until interacting with the guests was brought into the meet and greet character setting. Well...it appears as if it's now a reality!

Through the use of "animatronic" type character heads that are also seen used in the Dream Along With Mickey stage show and other stage shows that Disney produces, the cast member inside of the costume can now literally talk (in Mickey voice) with guests - even calling them by name. Imagine...Turtle Talk with Crush, but in real life, where you can touch it and feel it. The videos below do a better job at explaining it. This folks...TOTALLY changes the game. It's amazing! Have a look!

"A few years ago some new technology was added to the characters in the Dream Along with Mickey stage show at the Magic Kingdom that allowed the characters mouths to move and eyes to blink. Well it looks like Disney has improved on that technology by enhancing a Mickey meet and greet by allowing him to actually talk to guests.
Below is a video uploaded to YouTube by lrharrisjr on May 3 that shows Mickey Mouse not only meeting and greeting guests at Disneyland, but also talking to them and calling them by name. There’s no word yet if this character interaction was marked as being a test of the new process, but I assume it was. Let’s hope it works out well so we can start meeting all of the characters in a whole new way here in Orlando as well.

Editor’s Note: The user who posted the video told us they were at the park as regular guests, but had to sign something before entering the room that said they would be video taped by Disney for internal research.

In the first video Mickey greets all the guests in the room as a group. You’ll hear him address them by name in the second video."

The ONLY way to see "the World"

While in Orlando recently for the first-ever Mainstreet Mugs LIVE! research trip, Mike and Glenn took a VIP Helicopter tour over the skies of Walt Disney World, compliments of Orlando Helitours and pilot Rick. Check out their website at: www.orlandohelitours.com

Here are a few videos from our trip!

THEY Make it Magical!

If you've never had the pleasure of singing to the top of your lungs to cheesy sing-along songs in the company of total strangers from all over the world, well then...you've obviously never been in the company of "Piano" Bob Jackson.

Bob is the "lounge act" at the River Roost lounge inside of the Port Orleans Riverside Resort at Walt Disney World, and he takes "audience participation" to a whole new level; engaging everyone from 9 to 90!

An amazing entertainer, who incorporates piano, harmonica and his trademark bugle...Bob will have you singing out loud and dancing in the aisles! Make plans to join him the next time you're "in the World." After all, as Bob says, "We're saving you a seat!"

Disney...through the eyes of a child!

Mainstreet Mugs LIVE! on your iPod

WE WANT YOUR PICS & VIDEOS!

Mainstreet Mugs is the MOST interactive Disney show on the net; but to stay that way, we need YOUR help!

Send us your Disney-related pictures and videos! We love stuff from in the parks, but you can also send shots of your Disney pin collection, Disney-fied pets, etc. If it's Disney, we wanna see it!

Have a camera phone? You can send your pictures and/or videos to us by using the addresses below: